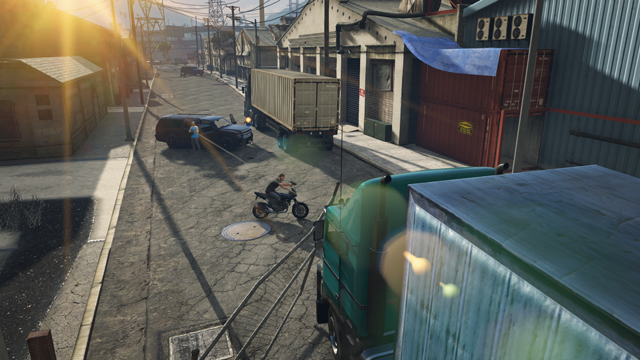 As an extra bonus this weekend (Friday, Jan 2nd through Monday, Jan 5th), we'll be running Featured Playlists with Double GTA$ and Double RP rewards to help you move up in the world. Each Playlist will contain a Race, Deathmatch, Capture and a Last Team Standing Job to give you a four-course menu of GTA Online game modes. Additionally, we've carefully curated these Playlists so that the Races are for Sports or Muscle car classes to help you take advantage of the four new vehicles released with the GTA Online Festive Surprise: Slam Van, Hot Rod Christmas Ratloader, and the Massacro and Jester Race liveries. Players on Xbox One and PS4 will have access to four up-to-30 player Jobs in each Playlist. Read on for info about the Jobs in the special Double GTA$ & Double RP Featured Playlists.

First Base
Troops have been mobilized to deal with an outbreak of charitable giving in downtown Los Santos, leaving Fort Zancudo with just a skeleton crew, and you with the opportunity for some opportunistic slaughter on a grand scale. It may be the biggest airbase in the state, but it can still feel claustrophobic with 30 industrious maniacs crawling all over it in search of each other's blood.

On the GOH
The first time you almost plunge off a cliff, you'll forget about the stunning views and start to concentrate on the road. Dozens of hysterical city-dwellers compete for a small patch of asphalt in this long lap race for sports cars on the Great Ocean Highway and Banham Canyon.

Fridgit Factory LTS
Like every other great American industry, it's only a matter of time before organized crime is outsourced to China, too. Celebrate home-grown violence while you still can with this two team LTS around the old factory sector of La Mesa. Whichever team controls the choke points and rooftops has the advantage.

GTA: Grass is Greener
Like many Americans, you bought an RV only to discover that you hate being close to nature and your family. Luckily, it doubles as a mobile weed silo, and there's a bunch of hillbillies who need your services. One team gets to transport four tons of bespoke plant life from Braddock Farm to a local scrapyard, while the other team tries to intercept it and make it their own. First team with three vans back at base gets to start a traditional Blaine County bonfire. 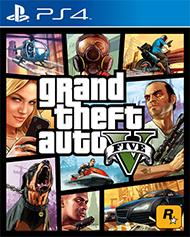